0 comments
Exactly one year ago we were in Shanghai, for the first time, figuring out schooling, housing, groceries, costs etc. for a possible relocation from Singapore. Before this, China was never a destination in our wildest of dreams … neither for relocation nor for vacation. But as they say - Never say never.

Here we are, living in Shanghai since 8 months, all excited and nervous for our first China travel.

Planning for a family vacation is a very time and thought consuming affair. Lots of research on the internet, reading guide books, seeking advice from friends, choosing a destination, decision making, itinerary planning, costs, making bookings, packing !! But once everything is set it just seems magical. We give a pat on our backs and say 'Voila !'.

I realised that we all live our travel virtually while planning for it. Once the actual trip starts we gather real experiences but it ends in a blink. So enjoy the journey as well as the destination !!

With spring knocking at the door and a long weekend in sight, we decided to take the plunge and started exploring for our first travel destination in China. The only obstacle was that we didn’t know where to start.

Tripadvisor did provide a few pointers but somehow it wasn’t as extensive as for other countries we have used it for so far.

I asked around. Everybody had travel plans for Vietnam, Thailand, Indonesia, Philippines, Malaysia et al but China.

Surprisingly, Lonely Planet China was not available on amazon.cn. Some copies were available on Taobao but they were so cheap that I was afraid they might be counterfeits. Even the book store which had two shelves full of Lonely Planets did not carry the China one. (it's a mystery I need to find an answer to !) We finally asked a colleague to get us one from Singapore.

One fine day, on a casual conversation over phone, a friend directed me to this map. 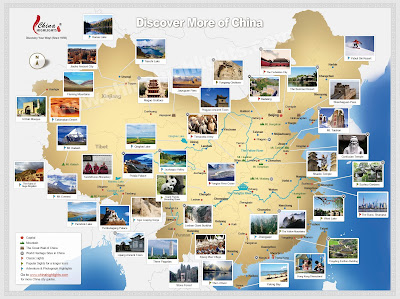 She also directed me to Ctrip and ChinaHighlights websites. This was my deja vu moment. These are english sites providing really detailed and clear information and itineraries on each place. I was quite amazed at the level of detail, given that these were sites of private tour providers. I mean weren’t they afraid that if they give such organised information people might not need their services !

We zeroed in on Guangxi, a province in South Central China. We will be spending four days in Guilin and Yangshuo in North Guangxi. The southern part of Guangxi touches north Vietnam. 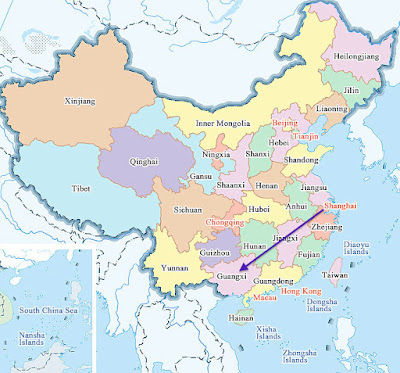 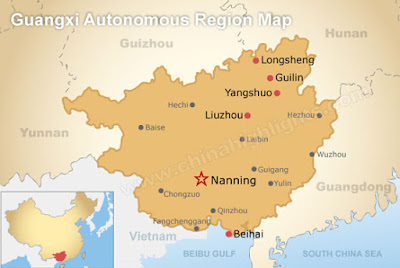 We never noticed it earlier that the view on the 20 Yuan note is a picturesque section on the Li river somewhere between Guilin and Yangshuo.

||  This made me realise that there are some things that we are so used to that we just can’t believe that someone might think about it differently. ||
Thoughts on our mind: 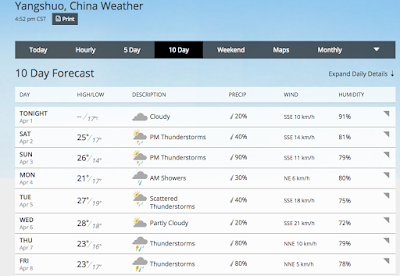 0 comments
Rock On had released when Pranav was just 3 years old. He is a Farhan Akhtar and Rock On songs fan since then.

This sunday (13 April), Pranav and me were at Esplanade theatres to see Farhan Live.
Some observations / realisations:
Email ThisBlogThis!Share to TwitterShare to FacebookShare to Pinterest

To Believe in Santa or Not !

1 comments
The Back Story

Around two years ago (2010), it was we (The Parents) who introduced our then 5 year old son to the relation between Christmas, Santa Claus and gifts. We did that for a reason and in the end were left kind of embarrassed. The full story is here.


What happened in the coming years made us learn the true meaning of "You Reap What You Sow" :-)

The next year (2011), as the Christmas approached, Pranav started wishing for the oh so popular in this generation of kids - A PSP. We did not pay much attention to it. We were vacationing on a beach in Krabi that christmas and got off by saying that Santa Claus will not be able to deliver any gifts here, instead he has asked us to buy you something. Pranav bought that explanation. So we took him to a market off the beach and he chose a sand digger. We got off easily and all was forgotten.

As the Christmas of 2012 approached, Pranav started to tell us everyday that in the coming December holidays he doesn't want to go anywhere for vacations. On asking many times, he explained that he doesn't want to miss Santa this year and he is already wishing for a PSP everyday. We were taken aback.... this 7 year old, otherwise mature and rational kid, still believes in Santa !! Moreover he remembered what we said last year about gifts not being delivered outside home even though we never discussed this ever.

The discussion continued.We knew that all his friends had a PSP and he had been waiting for 2 years to have one of his own. Throughout the year he never asked us to buy one for him and kept waiting for the next Christmas. "I don't think Santa will give a PSP, why don't you ask for something else?", I tried to persuade him. "Let me at least ask for it, rest is up to Santa." he replied.

The Secret Enquiries on Santa's behalf

Before giving in, we decided to make some enquiries on the models and cost of a PSP, because ironically, for Santa to be able to keep his name and fame, we had to do all the ground work.

Whilst my husband made some enquiries in Mustafa Centre, Pranav pitched in, saying, "Papa, you don't need to spend any money, if Santa will give it to me then it's TOTALLY FREE." Hmm... so we had to find ways of making enquiries secretly :-)

We finally bought one from Mustafa. Pranav was of course elated on finding one under his bed on Christmas. Can't say whether he was more happy to own a PSP or with the fact that his friends had paid for it while he got a damn good deal by getting it for free !

The next task was to set some rules for its usage. We had to tell him that Santa has send these rules. And thus once again we contributed in keeping the faith in Santa going.

Heart vs Mind - Is this what Faith is ?

Now, we do realise that this is a very dangerous thing. Pranav was already getting the idea that he can get an expensive thing for free on Christmas. It was a kind of an achievement and vindication for him. We did not want to outrightly prove him wrong, so we started giving him subtle hints that there is no Santa and these gifts are bought by parents. He kind of understood in his mind that this could be true but in his heart he did not want to believe this.

A friend suggested that one of the way to stop this without any heart break is to tell kids that Santa fulfils wishes only till kids are single digit age...(see this will be a chance in touching up on Math as well :-)).

We don't know how the next Christmas will be on our pocket, but when I think of this episode, I realise may be this is what faith is like... it gives one Hope, Hope that there is someone out there who has the power to fulfil our wishes. It gives us a reason to be good, to sort out what is it that we really want and then be patient and persistent till he hears us :-)
Email ThisBlogThis!Share to TwitterShare to FacebookShare to Pinterest
Labels: Christmas, Faith, Kids, Santa
Older Posts Home
Subscribe to: Posts (Atom)